Voting can be stressful. I learned this the hard way several years ago. I had the “opportunity” to choose between the morally blighted incumbent, who defended a colleague who sent lewd messages to and solicited sex from teenaged congressional pages, and the intellectually blighted challenger, who made outlandish statements and switched parties at the drop of a hat.

I was going to be ashamed of my vote regardless of who it was for. And I distinctly remember putting off voting several times on Election Day and then, after deciding I couldn’t stomach pondering the disgust-inducing decision any longer, walking into the voting booth perspiring (on a cold November day) with a racing heartbeat.

I was actually surprised at my response. I think and talk about voting almost on a daily basis. At worst it should have been an unpleasant task, like mowing the grass. But sweaty palms? No way! I’m a professional political scientist.

But I shouldn’t have been surprised, because as some colleagues put it, I was experiencing the collision of democracy and endocrinology.

When faced with a stressful situation, our adrenal glands secrete the hormone cortisol to help prime our bodies to respond to the threat. It accomplishes this by doing things like maintaining blood pressure and making sure glucose (energy) is not diverted away from the central nervous system, which includes our most important weapon, our brain.

WAS CORTISOL THE CULPRIT?

The fact that voting is demonstrably stressful is important to understand. It suggests that we may be able to increase voter turnout if we could somehow make voting less stressful. Voting may be stressful for some people because of the conflict involved, but it may also be stressful because going to the polls forces people to participate in formal yet unfamiliar processes with unfamiliar people. While there’s not much that can be done about the conflict in elections–they are, after all, competitions–we may be able to reduce the social stressors of voting procedures by, for instance, making casting a vote more familiar and less public.

OH, BY THE WAY

Another thing Israel and his colleagues found: people voting for parties that were expected to lose also had higher levels of cortisol. That must have been my real problem that election…voting for losers.

Is voting stressful for you?! Share in the comments below – 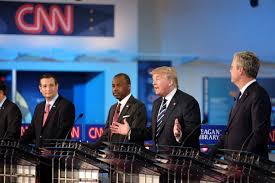 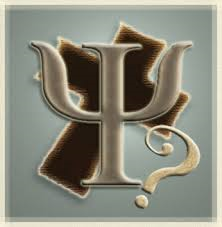 “Do not conform to the pattern of this world, but be transformed by the renewing of your mind. Then you will be able to test and approve what God’s will is—his good, pleasing and perfect will.” – Romans 12:2

If I tell you I am attracted to my male friend, Tim, what would you think I’m saying—that Tim is serious eye candy and I’m gearing up to drop our pointless friendship and connect with him the way nature intended?

Many people think that if an attraction between a man and a woman doesn’t lead to courtship or sex, then it’s either sad (“Thwarted love!”) or delusional (“Who do they think they’re kidding?”). But the reality is that in today’s world, different kinds of attraction can, and do, develop between men and women.

Subjective physical/sexual attraction refers to feeling drawn to the other person physically, and perhaps wanting to make sex a part of the relationship. Almost a third of the survey respondents felt this form of attraction for their friend, but the strong majority (over two-thirds) did not currently feel such attraction. This feeling can change over time, and is more likely to decrease (in 30 percent of respondents) than to increase (20 percent).

The last form of attraction is the one I find most interesting, in part because I haven’t heard it discussed, either in the research or anecdotally. I’ve labeled it objective physical/sexual attraction, and it refers to thinking that one’s friend is physically attractive in general terms (“I can see why others would find him attractive”), but not feeling the attraction yourself. This kind of attraction was experienced by over half of the people I surveyed—one-quarter more than subjective physical/sexual attraction.

Where Do You Stand?

While the media, and many researchers, have focused on romantic and sexual bonds between men and women, the research into close cross-sex friendship reveals that other types of bonds can and do occur. The reality is that movies like When Harry Met Sally and My Best Friend’s Wedding focus on the tiny minority of friendships in which romantic attraction grows stronger with time.

The next time you notice a man and woman together, challenge yourself to remember that men and women can connect in a variety of ways, and one of them—an extremely common one—is plain and simple friendship.

Have you ever been told that you’re too picky and that’s why you’re single?  I have.  But I don’t think I am, I think I’m being selective.  I’ve found myself asking the question “To Settle or Not To Settle” every time I meet someone new.  I always choose not to settle.  Why? Well, that’s how I got into the wrong marriage and wrong relationships before.  I knew what I wanted and needed in a partner but I ignored it because I didn’t want to be alone.  Settling was the wrong decision for me and I’m not going to make that mistake again.

Is There Something Better?

There definitely is.  As hard as it is to imagine, especially if you’re single and having a hard time finding someone, there is something better out there.  There has to be.  Why settle for less?  It’s not worth it.  I truly believe that anyone can have just any significant other in their life if they are willing to forego their standards.  Is that really worth it? I’m not saying be picky, but each and every one of us has certain things that we won’t budge on and that’s OK.  There are also things that are “nice to have’s” that might be seen as superficial, like hair color or even baldness that perhaps we should overlook but, really, that’s up to you.

Finding the right someone is definitely much more difficult than finding just anyone.  These days it seems like it’s becoming even harder, or is it just me?  It seems that many who SAY they want a real relationship much prefer casual relationships rather than something real.  There are also those who are looking for the thunderbolt kind of love that they won’t settle for less.  Not sure who’s right or who’s wrong here, all I know is that I am holding out for something better than what’s I’ve gotten so far.  Although I love being single and enjoy dating tremendously, I really want to find a partner, but the RIGHT partner, not just any partner.

What Is Happiness Really?

I recently was listening to a TED Talk by Psychologist Barry Schwartz about the “Secret of Happiness” and what he said resonated with me.  He said that “the secret of happiness is low expectations” (huh!?), then after all the laughs he said that, really the secret to happiness is realistic and modest expectations.  I have to say I agree with him.  How many times do we invest too much, too fast into something we think we want and then dump a truck full of expectations on an unsuspecting potential partner only to scare them away?  I know I’ve done it, and, I know you’ve done it too.  He goes on to say that the reason we’re unhappy is because we have too many choices and we don’t know what to choose anymore because what if something better comes along.  All these choices allow us to do better, but, ultimately, make us feel worse because our expectations increase and this produces less satisfaction with the results we do get.  He says that “with so many options to choose from, people find it very difficult to choose at all.”  I think this definitely rings true in the dating world.

Expectation is the Root of all Heartache ~William Shakespeare

The Cost of Holding Out For Something Better

“Men frequently refuse to commit to one relationship because they don’t want to limit their choices. Often they will be in the midst of spending time with and enjoying a particular woman, and don’t have any other opportunities to consider. Still, they are eager to remain uncommitted on the off chance that a better alternative will soon present itself. In an era when it’s not difficult to hookup with strangers, that better option may be only a weekend away. Of course, he won’t commit to that woman either, and on and on it goes.

Women fall into a variation of the same trap. We meet a guy, enjoy his company, want to like him. But we find we just can’t make it happen. He may have lots of good qualities, but he’s not the catch we dreamed of as we watched The Notebook again last weekend. We want an all-consuming, passionate love, but how many couples do you know like that? How many couples have been brought together by a powerful romantic destiny? In my own life, I don’t know any. I know many happy couples, but they’re not storybook relationships. They’re imperfect, messy, real and rewarding.”

So there you go.  Holding out isn’t always the best choice, but you need to decide for yourself if you are being reasonable and if giving that certain someone a chance is worth it for you.  Maybe it is.  Maybe they are the right someone but you just haven’t seen it yet.  It’s really your decision and yours alone.

Are you holding out for something better? How has that worked for you? Do you feel you’re being reasonable? Is the secret to happiness low expectations?  I would love to hear your thoughts in the comments!!

*This article was originally published on Single Dating Diva.

Yesterday, I wrote about jobs I’m glad that I don’t have. Today, I thought I’d finish off my list –

Readers, are there any jobs that you’re glad you don’t have? 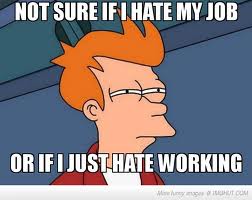