A couple of nights ago my Dad was in town so I made my first peach cobbler. It turned out alright – I used fresh peaches and didn’t cook them 1st before putting them in the cobbler so they weren’t quite ripe even after cooking for 45 minutes in the oven – Oopps! Oh well, I definitely know what to do better next time but the whole experience got me to thinking: How can I improve my cooking skills without someone to cook for?

While I don’t love to cook, it’s certainly something I want to get better at just in case (wink wink!). An area I really need to work on is my baking skills because I’m not good with desserts. I don’t have a sweet tooth so learning how to make good homemade desserts has never been important to me.

Without a significant other in my life there aren’t too many people around that I can call to come taste my home cooking. I’m certainly not going to bake a cake from scratch & eat it all by myself! (Although it was suggested that I can freeze it for later, but I prefer not to; thawed out cake is not all that good) So how am I supposed to practice? I don’t go to too many potlucks & my girlfriends and I usually eat out so I can’t really rely on them either for practice. I need a guinea pig…..a taste tester, if you will.  I need someone with a healthy appetite so I can try some new recipes.

The mother of one of my ex-boyfriends can cook anyone under the table – she IS just that good. I remember thinking she must’ve learned when she was single or while she was growing up, you know her mother probably passed down some family recipes to her. But she told me that she didn’t learn how to cook until after she got married. I was so surprised! She went on to say that when she was single there was no need for her to cook that much but because her husband was old school she had to learn how to cook soon after she got married. Of course, once they started a family she really learned how to throw down in the kitchen but it took years & years of cooking to learn how to get food “just right”.  Even though my exes mother is from the South and pretty traditional, she understands why young women today don’t really know how to cook. It just isn’t necessary until you have someone to cook for, especially if you don’t have someone you love that you can cook for.

But you gotta start somewhere. I am a decent cook; I just want to expand my repertoire. I want to learn more while I have the chance to “mess things up”. I do have plenty of male friends that don’t get home cooked meals very often, so I guess I can start practicing on them. 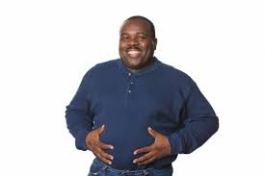