Life keeps us so busy that it gets difficult trying to catch up with family and friends. There are some people that I love talking to & some that I can’t stand to talk to for more than a few minutes at a time, so I’ve categorized my phone calls. Here are some examples of what I’m talking about –

I’d like to hear from you…..what type of phone call do you think you are?

I am guilty of texting while driving. I know that I shouldn’t. But at least I don’t text while my car is in motion, I only text when I’m at a red light. It’s still wrong, I know but I figure – what harm am I doing? I’m fully alert when my foot is on the gas pedal and my driving record says I’m a pretty responsible. In my mind, most of the irresponsible texters are teenagers and I am out of that age range.

So why do I text & drive at the same time? Usually, because I’m bored. Sitting at a light for 2-3 minutes can seem like an eternity so what else is there to do but quickly check a few messages on my phone? I really don’t see how checking my phone is any different than multi-tasking while driving. I’ve seen plenty of men shaving while looking in their rear view mirror at a stoplight on their way to work. I’ve also seen women put on makeup while they drive. I’ve even applied nail polish in the car & let it air dry with my hands on the steering wheel while I drive. Bad, I know.

But texting while driving is wrong. It can cost you hundreds of dollars including tickets, court fees, miscellaneous fines and not to mention potentially tainting your driving record.

Here are some devastating stats on the dangers of texting & driving:

So other than resolving to not text & drive, you’re probably wondering how you can get involved in this campaign. Here are a few ways you can help raise awareness  –

SHARE your cell phone free driving commitment on Twitter, Facebook, Foursquare, other social media sites and in your blogs (like I’m doing right now)
SPREAD THE WORD by sending email and messages to family, friends and co-workers
PLACE No Phone Zone reminders everywhere – on car keys, dashboards and on garage walls
GIVE No Phone Zone pledge reminders as gifts to friends, family and co-workers
GET INVOLVED in your community school, religious, and civic organizations and start your own Don’t Text and Drive, or No Phone Zone campaigns
WRITE letters and send emails to government leaders, media editors and post comments to blogs about the dangers of cell phone use and driving

So here’s my PSA for the month: Don’t text and drive, even if it is legal in your state (and especially if it’s illegal). Visit www.donttextdrive.com for more information. 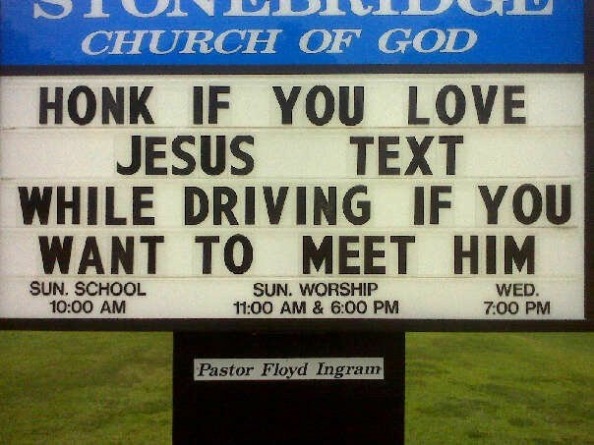