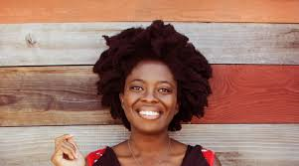 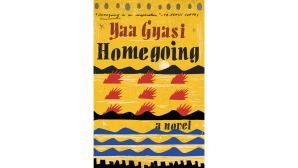 Yaa Gyasi is the author of Homegoing, one of the most celebrated debuts of 2016. A riveting, kaleidoscopic novel, Homegoing is a story of race, history, ancestry, love, and time that traces the descendants of two sisters torn apart in eighteenth-century Africa across three hundred years in Ghana and America. An important new literary voice, Gyasi’s writing has been praised by National Book Award winner Ta-Nehisi Coates as “an inspiration” and “what happens when you pair a gifted literary mind to an epic task.” In September 2016, she was chosen by Coates as one of the National Book Foundation’s “5 Under 35” honorees. Personable and intimate, Gyasi’s lectures explore contemporary craft, cultural identity, and the complex racial landscape of America’s past and present.

Homegoing is the story of two half-sisters, Effia and Esi, born into different villages in eighteenth-century Ghana. Effia is married off to an Englishman and will live in comfort in the palatial rooms of Cape Coast Castle, raising children who will be sent abroad to be educated before returning to the Gold Coast to serve as administrators of the empire. Esi, imprisoned beneath Effia in the Castle’s women’s dungeon and then shipped off on a boat bound for America, will be sold into slavery. Homegoing stretches from the wars of Ghana to slavery and the Civil War in America, from the coal mines in the American South to the Great Migration and twentieth-century Harlem. A powerful and emotional American novel about race and history, this is truly a book for our times.

Born in Ghana and raised in Huntsville, Alabama, Gyasi is a graduate of the Iowa Writer’s Workshop and lives in Berkeley, California.