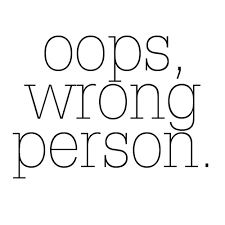 I went to a party over a few weekends ago & ran into a male friend of mine, whom I’ll call *Ken*. Ken is in his late-forties, is a single father to a teenage son and has never really dated a whole lot because he dedicated all his energy into raising his son.

But now that his son is a little older, he’s willing to date more than he has in the past. For as long as I’ve known him, he’s always been a very likeable, outgoing person who flirts with all the ladies and gets along with all the men. I’ve never known him to bring any women around, so when he introduced me to his date at this party I was very surprised.

The woman he brought to the party was seemingly insecure & lacked personality. I know that’s a lot of criticism in one sentence, but it’s true. She barely looked me in the eyes when he introduced us and she couldn’t seem to hold a conversation. Anyone who knows me knows I’m a pretty social individual and can strike up a conversation with just about anybody. So when I shook her hand & she averted her eyes when I started asking her basic questions (like Where are you from?), I knew that she was not his type.  Not to mention, she didn’t leave his side the entire time (can we say insecure, anyone?).

It’s true that they say “opposites attract”, but why would such a likeable guy who has his choice of women, choose someone who can’t seem to get along with anyone? Is it that he sees something in her that the rest of us don’t see? Could it be that she really is a sweet person, just shy around people she doesn’t know? Or could it be that he just prefers women who let him shine and wants someone who isn’t as likeable or social as he is?!

I know that when it comes to dating, different people are attracted to different things but I just couldn’t believe that such a great guy was with a not-so-great girl.

Have you seen a lot of your friends dating people who you think are the wrong fit for them? Do you say something to them or just try to embrace whoever they’re with, even when you don’t think it’ll last?! Leave your comments below –