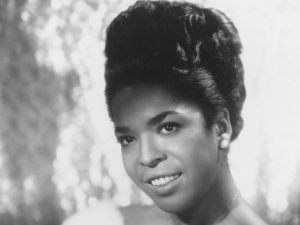 Singer and actress Deloreese Patricia Early, better known as Della Reese, was born in Detroit, Michigan, on July 6, 1931. Reese began on the path that would lead her to show business by singing in church at the age of 6. Her talents eventually landed her an opportunity to work with gospel great Mahalia Jackson when Reese was only 13 years old.

Reese went to Wayne State University in Detroit, where she majored in psychology. While in college, Reese formed the Meditation Singers, an all-female gospel group who would become known for being one of the first acts to take gospel music to the nightclubs of Las Vegas, Nevada. Unfortunately, a series of family tragedies put her studies and music on hold for a time. With her mother’s death and her father’s illness, Reese went to work to help her family financially.

Reese’s musical career finally took off in the 1950s as she began making records with the Erskine Hawkins Orchestra. In 1954, Reese signed with Jubilee Records. Her biggest hit for the label was the 1957 song “And That Reminds Me.”

Switching to RCA, Reese scored her biggest pop hit with “Don’t You Know.” The song climbed to the No. 2 spot on the Billboard charts and earned her a Grammy Award nomination. The gifted vocalist also became a popular act on television variety shows, appearing on The Ed Sullivan Show, among other programs.

In 1969, Reese began hosting a TV talk/variety show called Della—becoming the first black woman to host her own variety show. The show was canceled in 1970, after 197 episodes. Around this time, she also became the first woman to serve as guest host of The Tonight Show and branched out into acting, making guest appearances on shows like The Mod Squad and Police Woman.

Later in the 1970s, Reese landed a recurring role on the sitcom Chico and the Man, starring Freddie Prinze. She appeared in more comedy series during the 1980s and 1990s, including Charlie & Co. with Flip Wilson and The Royal Family opposite Redd Foxx. Despite all of her acting, Reese never abandoned music. In 1987, she was nominated for a Grammy Award for best female soloist in the gospel music category.

‘Touched by an Angel’ and More

Reese took on one of her most famous roles beginning in 1994. She played an angel named Tess on the popular TV drama Touched by An Angel, alongside Roma Downey and John Dye. The three actors portrayed angels who try to help the living overcome their challenges and hardships. Reese was even able to showcase her singing talents on the program occasionally. During the show’s nine-season run, she received two Emmy Award nominations as well as Golden Globe and Screen Actors Guild nods.

After Touched by An Angel ended in 2003, Reese continued to act while performing live on concert stages and releasing albums like 2006’s Give it to God. She appeared in the big-screen film Beauty Shop (2005) with Queen Latifah and in several television movies as well, including 2011’s Hallelujah and 2013’s Dear Secret Santa. Outside of the entertainment world, Reese is an ordained minister and has written books on spirituality, including Metaphysically Speaking (2013).

The acclaimed singer and actress died at her home in Encino, California, on November 19, 2017, at the age of 86. Although the exact cause of death was unclear, Reese had been diagnosed with diabetes.